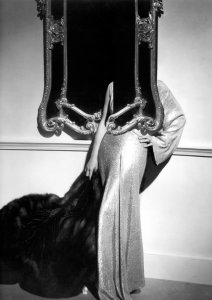 Although ‘Meta-’ is used as an international prefix, and ‘Icon’ is a common expression for ‘image’ or ‘picture’, it is important to clarify the title and define ‘Meta-Ikon’. ‘Meta’ as well as ‘Ikon’ come from ancient Greek and implicate several meanings. In the context of this exhibition ‘Meta’ could best be translated as ‘after’, ‘about’, or ‘beyond’. As such, ‘Meta-Ikon’ signifies ‘after an image‘, ‘about an image’, or ‘beyond an image’. Simply said; this is not only a photograph created after an image, or the re-working of an image, or something which leads beyond an image, but a photograph which unites all of these qualities.
The group-exhibition »Meta-Ikon« mainly presents photography as the dominant medium for recording and generating images, and as the contemporary appropriation of the historically acknowledged cannon of images. Accordingly, the show is an arrangement of new statements that are not documenting reality, but refer to existing images of Western Culture found in painting, photography, sculpture and film. Using different strategies the artists transform the collective images/icons of our cultural memory into new works of art.
The sources remain present within the selected works – it may be a direct recognition of the original motif, or something more elusive that resonates with collective memory and is informed by the specific aesthetics of the viewer. Nevertheless, the creation of unexpected hybrids such as ‘familiarly uncanny’ or ‘disordered cognition’, allows these works to exist in their own right (and not simply as copies). The specific ‘access’ that each participating artist has to their chosen subject implants a new and lingering strangeness to the visual cannon of our familiar culture. The exhibition visualizes how differences in content, concept and technique characterize the specific ‘access’ of the participating artists. Each ‘access’ results in its own unique ‘Meta-Ikon’.

The show is part of the European Month of Photography and is displayed at the extensive festival catalogue.