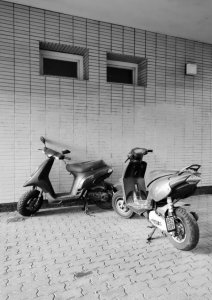 
in cooperation with Galerie Andreas Schmidt

opening hours for reservations
wed - sat 2 pm - 6 pm
only with actual 24 h negative Covid-Test
and by reservations at rsvp@frontviews.de

Frontviews inaugurates the duo exhibition of Alana Lake and Marianna Ignataki entitled Pleasure Drive which will take place from 30th April at HAUNT as part of Berlin Gallery Weekend.

Pleasure Drive delights in playfully fusing together the seemingly different practises of Lake and Ignataki, whilst simultaneously shining a light on their depths, drawing out the artists very similar interests and sentiments exercised through a divine feminine sensitivity.

The exhibition is on one hand a subversive exploration of Freud’s mythological constructs of the Life and Death Instincts, forces that are considered to drive human behaviour. Works in the show team with tension and character as they capture this raw and primal energy through moments that can only be described as transcendent.

Simultaneously the exhibition incorporates a strong embodiment of feminine energy. Organic forms, some recognisable, some not haunt the space with their repugnant beauty. Feelings of pain and suffering are effortlessly captured and sensitively intermixed with moments of pleasure and delight. It’s a sublime and confusing cocktail of seduction and fear, the result of both these artists works are beautiful, yet deeply unsettling and their interplay magnifies this stimulating discomfort. This arousal comes from multiple sources; the uncanny imagery, the dream or nightmare like distortions that draw you in and push you away. And, as the gaze moves around this exhibition - the pulse quickens, as if riding a wave of anxiety, before it then settles and is soothed by a seductive surface.

As we continue to search for homeostasis, we find both stillness and movement all throughout the exhibition, a restless energy that carries the viewer through a range of emotions that could point to a sublimated or repressed memory, a past trauma, or bad dream. Memory itself is imperfect, often it becomes a mixture and fantasy and reality and our dreams (much like this exhibition) give space to the manifestation of those fantasies as there is a simultaneous unravelling of unconscious desires, delineated by familiar signs and signifiers conjured by the artists.


Marianna Ignataki works predominantly with drawing and sculpture and her latest work is an interplay of surreal anthropocentric scenes, characterised by an unspecified or even perversive sense of eroticism. This is mainly implied rather than played out in acts which focus in on sexuality as a state of mind, mediated through body and dress and connected to instincts, desires and the subconscious via a complex set of cultural and socio-political mechanisms.

Her work uses a poetic language to affirm and reflect ambiguities, while a series of alternating motifs, symbolic objects such as masks, hair, snakes, beaks and extensions of the human body are used as props that delve deep into the psyche, transcending boundaries in order to allow new and different constructs to emerge.

Referencing narratives that draw upon Western and Chinese theatrical traditions of role play and cross dressing, her protagonists, whether androgynous, camp or gender fluid appear with the special or instinctive aptitude of wizards and witches and overturn rules controlling beauty, gesture and deportment with a certain, almost performative poise. Her compositions transcend gender and explore otherness and the perception of self beyond the binary leading into more inclusive expressions of identity.

Alana Lake is an artist and curator whose fine art practices have been much influenced by her studies of Psychoanalysis at the Centre for Freudian Analysis and Research in London. Her work expresses and reflects her extended interests in this field, where Freudian, Lacanian and Jungian theories meet in order to produce an emergent vocabulary that skilfully combines traditional methods of glass blowing, industrial materials and painterly techniques, drawing from a rich tapestry of dreamwork and subconscious forces.
Whether it’s photography, painting or sculpture Lakes work romances with death, there’s often a prevailing melancholic tone and a preoccupation with beauty concealed within everyday phenomenon. Unexpected juxtapositions and jarring edits easily unsettle the viewer sucking them into an intersection of forces hovering somewhere between the beautiful and the mundane and the horror of the sublime.
Notably, glass, with its changing states, strengths and weaknesses combined with its malleable glossy surface embodies the alchemic forces at play in Pleasure Drive. Dark humour makes light of taboo subject matters whilst her sensitivity to materiality and subtle colour palette transmute personal encounters into something more of a universal experience.