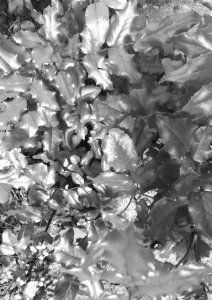 Isn't it strange that "οὐτοπία" - "utopia" - "non-place" means a place that is perfect but neither exists nor can ever exist? The most optimised place is quasi the anti-place. And isn't it funny that the only possible utopia that can really exist is called "εὖτοπία" - „Eutopia" - Good Place and has the same acronym as the European Union? And finally, "δυςτοπία" - "dystopia" - "bad place" denotes a place that is profoundly wrong, but possible in many ways.
To acknowledge the current state of our globe is to recognise that we are at a crossroads in this decade. Either humanity is able to adapt a form of coexistence with all beings and positive cycles of nature and coalesce into a sustainable utopia. Or our social and economic systems will crash along the way and end in a post-catastrophic dystopia.
The participatory art festival TOPIA cuts away the "U" or the "Dys" in the title to grant a quasi-neutral ground for the future. In reality, this neutral ground will be the inner courtyard of a social housing block located at Kluckstraße 23 in Berlin Tiergarten -Süd.  There, where not even 10 years ago the Berlin Green Space Office had its training centre, will be the place where we sensitively, reflectively and creatively test our relationship to urban nature. And it will also be the common ground to test the relationships between us. Because as social subjects with natural bodies, we are embedded in the contexts of ecology. So the way we deal with ourselves also shows how we affect our general environment of coexistence.

The program includes an exhibition, singular works, screenings and the presentation of the workshop series TOPIA, which will take place in and around HAUNT in the second half of the year.

1.  The ground floor and staircase of the exhibition pavilion is dedicated to Bethan Hughes with her work complex Hevea, 2020:                         „…, before rubber became a material so commonplace, so in-between, so all pervasive, as to almost disappear from view; it was known that it is miraculous. "
Bethan Hughes is an artist and researcher. Through animation, installation, print and writing, her work attempts to parse the ways in which biological and bodily forms - those sensual, unruly and decaying - are transformed by modes of technological, commercial and industrial processing.
Her latest project, Hevea, is an ongoing investigation of the relationship between natural rubber - a vegetal substance bound to the rise of capitalism, modernity and imperialism - and humanity. Unfolding over a series of acts which interweave archival material, machine- learning animation, print and sculpture, Hevea retells the story of how rubber creates a flexible continuum between past and future, nature and culture, ritual and function.

2. The film After the Warm House, 2021 by the artist duo Anna Lauenstein and Max Hilsamer will also be shown in the stairwell. In this work, the two and a group of performers examine how our perception and understanding of the plant world has changed in relation to home. The history of botany is closely interwoven with colonialism. The work, which evolves from the documentary to the fictional, critically, artistically, poetically and scientifically addresses the issue of the cultural and political hegemony of the colonial era from today's perspective.
On Friday, 06.08., we are organising a screening evening as part of the festival, where filmic examples of the subject matter can first be shown and then discussed in an open panel talk.


3. On the first floor of the exhibition pavilion, the four upcoming workshop series TOPIA by the artists Aletta de Jong, Andreas Greiner, Marie Strauss, Yukihiro Taguchi will be announced and presented. For the second half of the year, the four have developed different, participatory ideas for the development of artworks in groups with interested participants. All four formats focus on different questions of urban ecology and are dealt with collectively in the individual groups. These workshops take place in the garden, courtyard and immediate surroundings of the cultural centre. In particular, a large covered area in the courtyard, the PATIO, will be the central working and presentation area.By the way, "τοπία" - Topia" means garden or painting a beautiful landscape. It is perhaps no coincidence that an anagram of "Topia" is "Patio", the covered courtyard of a building and the meeting place of Mediterranean social life.
Stephan Klee